For those of you who don’t pay attention to U.S. college athletics, my alma mater, Texas Tech, played in its first ever Final Four in men’s basketball. If you need more info, here’s a bare-bones: Every year, the top 68 teams battle it out in the NCAA tournament through seven grueling rounds of competition, with the last four teams standing being referred to as the Final Four. Prior to last season, Texas Tech had only ever been to the Sweet Sixteen (one of the final sixteen teams left). Last season, we made it to the Elite Eight, before losing to eventual champion Villanova. This year, Texas Tech was picked to finish seventh in our conference. We not only won our conference, but we also made it to the Final Four. So, you could see how our excitement was intense. We decided that we may never see something like this again, and set sail for Minnesota, the site of the 2019 Final Four. 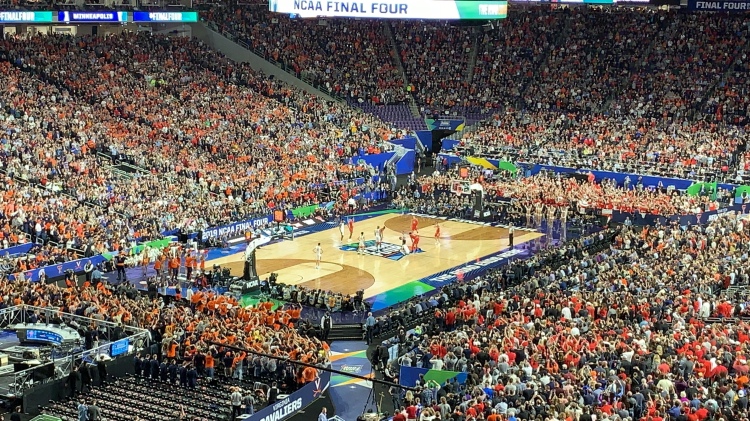 From our area, it ended up being about a fifteen-hour drive, broken up with a stop in Kansas City for the night. You may say, “omg that sounds torturous!” And you’d be right…partially. Oklahoma was quite lovely, really, as was Kansas. Missouri and Iowa, on the other hand, felt like they lasted about two to three times as long as they actually did. But Minnesota provided a nice respite.

Well, the Final Four didn’t turn out exactly as well as we’d hoped. Tech ended up finishing second in the nation after an emotional, hard-fought game. Not bad for a team considered an afterthought before the season began. I’m so incredibly proud of them.

As I write this, we’ve one leg of travel left to complete, from Kansas City to home, and I’m sure you’re wondering what the hell this has to do with anything retail. What’s the one thing you encounter more than anything on a long road trip?

Let’s talk about rest stops. After having driven through six states, here’s my ranking: Texas, Oklahoma, Kansas, Minnesota, Missouri, and Iowa. Yes, I’m sure you’ll say I’m biased, but Texas’s rest stops are top-notch. Have you ever seen the rest stops on the state border? They’re borderline palatial, massive welcome centers surrounded by the six flags of Texas.

And then there’s Buc-ee’s. I’ve seen supermarkets smaller than Buc-ee’s. It pretty much is a department store with gas pumps and incredible bathrooms. They even sell, no joke, furniture there. Anything you want, they probably have it.

Beyond that, Oklahoma had fantastic gas stations. My favorite was OnCue. Expansive, clean, and stocked with every manner of drink and snack you can imagine. I found a fantastic lemonade there that I still haven’t found since I left Oklahoma. The staff was incredibly friendly as well. You’re doin’ fine, Oklahoma.

I don’t have an explanation for why Iowa’s ended up lacking. They were smaller, older stations usually, and I guess that’s the biggest difference. I’m not sure why this is the case. That’s just how I found it. I’m not going to go into much detail as to why or critique any of this any further. I just find the differences fascinating.

While I’ve enjoyed this trip across the country, I won’t be disappointed to leave some of this behind. The best parts have been the friendly people I’ve met along the way. The facilities, on the other hand, have been a mixed bag. I wish I could explain why. Perhaps some reflection will help provide some illumination. Until then, we’ll see you down the road, comrades! Next stop: Home!

12 thoughts on “Road Trip; or, Minneapolis or Bust”