“Person must be a beggar and be choosy – they must be both. Someone asking for free goods or service must also be an asshole. That’s where the comedy is,” reads one of the rules for posting on the subreddit, r/ChoosingBeggars. This has quickly become one of my favorite pastimes.

What exactly is a Choosing Beggar?

It’s exactly like it sounds, really. The name comes from the old adage, “Beggars can’t be choosers.” Well, apparently, there are some people out there who didn’t see that so much as a rule as a challenge. Most often, these are people who respond to ads listing a free item and ask ridiculous requests, devolving into pleas for help, via contrived sob stories, followed by curse words and threats.

Along with free item ads, the most common other types of CBs are those who solicit artists for free goods/services and those who respond with insultingly low offers to ads selling a product. They’re all insane and terrible people.

So, why are we talking about them here?

While my website is Observations in RETAIL, I do not stop there. I’m more focused on the Customer, which I refer to usually as the Shopper, and their ridiculous interactions with service industry workers. I go where the stupid is. CBs are among the absolute worst people and are the best examples of shitty customers. I, for one, love them, because they are so incredibly deluded and self-important that I can’t help but laugh at them. They’re so curious. Why anyone would think that their behavior is even remotely acceptable is beyond me. But the truth of the matter is that they’ll employ these same methods not only with private citizens online but out in the real world at restaurants and retail stores. I don’t know why they think these weak manipulations will work, but they remain undaunted by their failures. 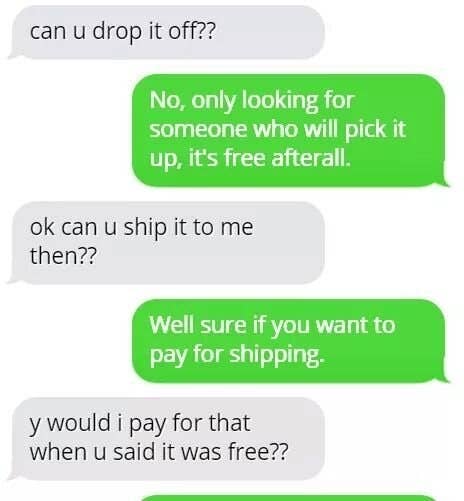 This is the typical exchange between a seller and a CB. Seller has item available for pickup for free. CB wants item but can’t pick it up and wants the seller to go above and beyond for them to get it there, in this case, paying for the shipping for the CB on a FREE item, which is, of course, asinine. 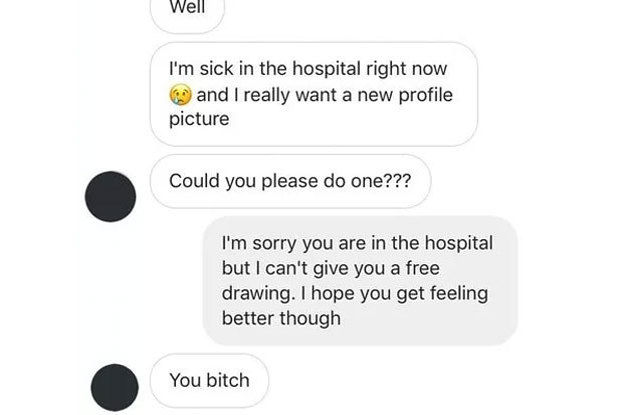 CB wants a free piece of original, personalized art from an artist. When CB doesn’t get his way, he lashes out at the artist for being a professional. That’s usually how a CB reacts to rejection, with hateful comments. And this brings me to another point with which I always contend: PAY. ARTISTS. FOR. THEIR. WORK. No one asks you to go in and perform your job for free because it’s your passion or something you enjoy. (Unless you’re a federal employee, apparently.)

How about another one:

I don’t think this needs explaining. Here’s another one (apologies for the racial slur at the end): 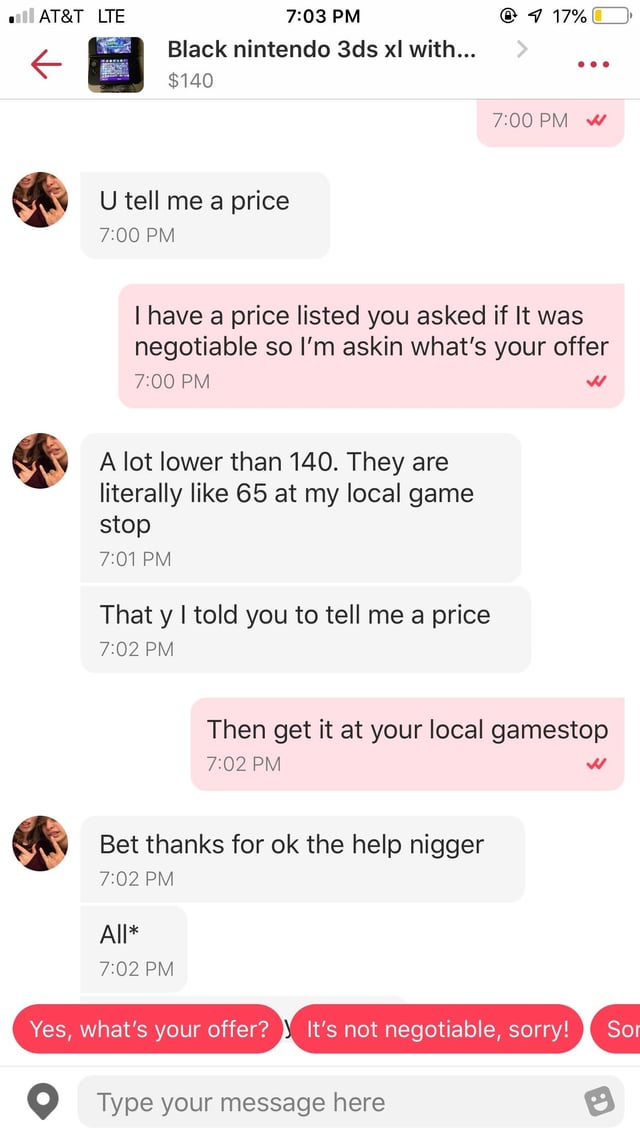 The other major subset of CBs is the account leech, someone who has been using another person’s account without invitation or on rescinded invitation, and asks for them to allow them to have continued access: 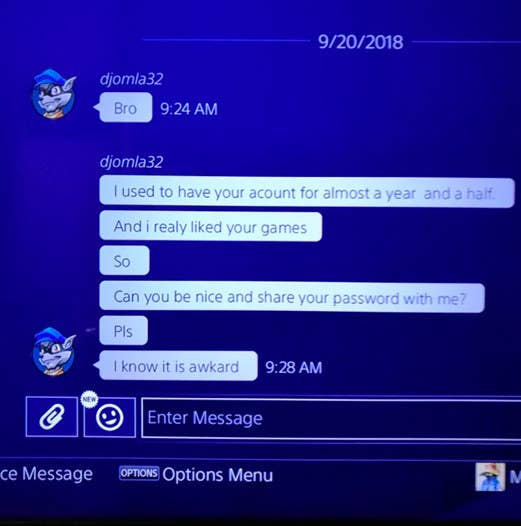 And then there’s the rando, often a “friend”, who begs for free stuff, often money, from you: 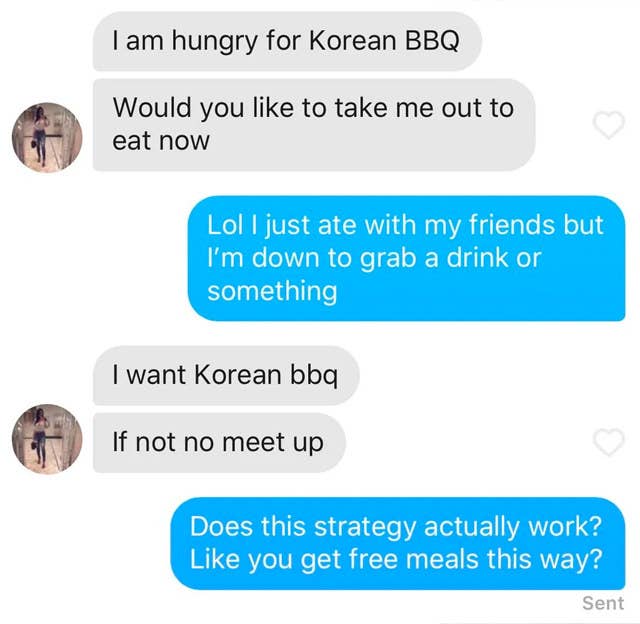 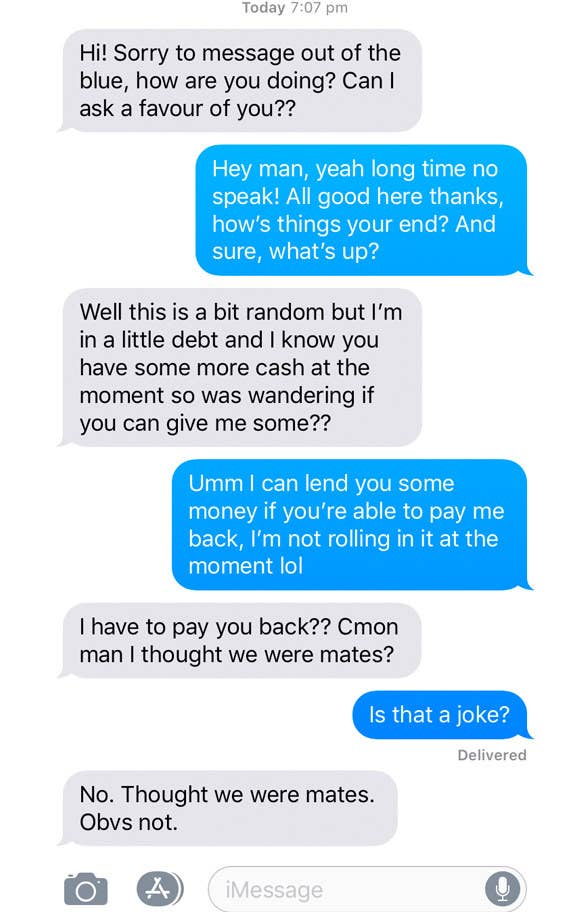 “Thought we were mates. Obvs not.” Ah, the guilt trip, the Shopper’s, and CB’s, best friend and last resort. Do not be fooled by sob stories like these, for they are rarely 100% genuine and are most likely exaggerated. It’s a manipulation tactic, pure and simple.

13 thoughts on “Choosing Beggars; or, How Dare You Not Offer Full Service for Free Goods”